Home
About
Get There
Tickets

By Outpost in the Burbs (other events)

In Provence, France in the early 2003 Stuart and Jeremy Clyde reunited (they were never really dissolved, just separated) to prepare for a series of upcoming live shows, culminating with a performance in Cleveland, Ohio on August 12th — a part of a British Invasion concert being filmed for broadcast on PBS. Since that time, the duo has toured spring and fall releasing “tour CDs” which were exclusively sold to concert goers from 2004-2007. In 2010 the duo released Fifty Years On... to celebrate the 50th anniversary their first meeting. It’s an album of favorites and songs that have a special meaning to the duo of their five decades of musical friendship. During 2011 and 2012, Chad & Jeremy were featured on two different PBS Specials and released a new live album entitled Reflection. Resisting the temptation to ever become an "oldies" act, the duo presents a concert that instead is really an evening with Chad & Jeremy — playing the hits with charm with humor and also featuring a wide variety of unheard or rare material, both old and new. 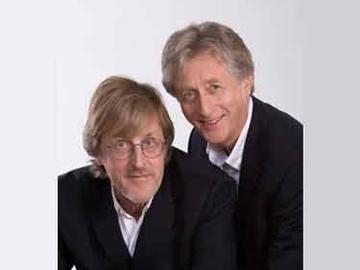 Outpost in the Burbs

other events by this organization